Dr. Karen Bird is Chair of the Department of Political Science at McMaster University.  Her research focuses on the politics of representation, addressing questions related to ethnic and gender diversity, intersectionality, and the political representation of women, Indigenous groups, and immigrant-origin and ethnic minorities in parliaments around the world. 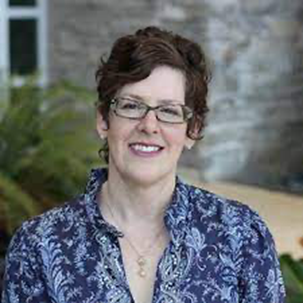 Canada is a “Laggard” in Representing Women

“A central shortcoming of Canada’s First-Past-the-Post (FPTP) voting system is that it leaves us a laggard in terms of women’s parliamentary representation, which is deeply problematic for an advanced and egalitarian-minded democracy,” ranking only 52nd in the world in terms of the percentage of women in parliament (at only 29%, this is close to the middle of the pack, “well behind most comparable democracies that have moved much faster towards gender parity in parliament”).

Prof. Bird echoes Prof. Carey’s observation that our single-winner voting system is the primary culprit here, and she explains why: “It is nearly certain that the introduction of multi-member districts, most often seen in voting systems with proportional representation (PR), would raise the share of elected women when compared with the winner take-all single-member contests that exist under Canada’s FPTP voting system, because the former are better at incentivizing party leaders to balance the slate of candidates.”

Bird adds that it’s clearly the voting system, not the voters, at fault: “There is no evidence of voter bias against women candidates in Canada (i.e., the odds of a woman being elected in a winnable riding are essentially the same as those of a man). This confirms that impediments to increased representation of women in Parliament are primarily institutional rather than cultural in nature.”

Prof. Bird also explains why the low percentage of women in parliament is a problem: “democratic theorists have argued that if a group has few legislative representatives, their preferences risk being overlooked while jeopardizing the legitimacy of the representative system.”  And it’s important to elect more women because “the presence of more female legislators has been shown to alter decision making institutions to make them more deliberative, and strengthen public belief in women’s ability to govern.”

Bird acknowledges that the voting system is not solely to blame for the low numbers of women in parliament, and that the behaviour of parties also play a significant role, but she also explains how electoral rules affect parties’ behaviour.

She says “there are three interrelated reasons why [multi-member districts] impact the share of women elected. First, the cost of nominating women is higher in [single-member districts] because doing so often involves directly displacing men. Second, the incumbency advantage tends to be higher in districts with smaller magnitudes, and because that advantage falls largely to men, it makes their displacement even costlier. Finally, elections with larger district magnitudes are typically characterized by more centralized nomination processes. In a competitive political context, these central bodies are more inclined and more able to encourage and coordinate a balanced list of candidates that can attract broad voter support.”

Finally, she points out that evidence from France suggests that the largest gain in the percentage of women elected should be expected from combining candidate quota requirements with voting system reforms that require parties to put minimum percentages of women candidates in winnable districts.

In short, Prof. Bird’s affidavit shows clearly that women are systematically disadvantaged by the single-member district aspect of our current voting system, and that adopting multi-member districts would significantly reduce the impediments they face to being elected.  These findings will be central to our arguments that our current voting system violates our Section 15 equality rights.