Many Canadians were disappointed when Justin Trudeau decided not to honour his commitment to get rid of Canada’s first-past-the-post voting system. We were too.

It’s always better when political leaders protect civil rights proactively, rather than in response to a court decision.

Our case is against this government, and will be fought against any future government that chooses to retain first-post-the-post as a voting system. The Charter Challenge for Fair Voting is a court challenge driven by the understanding that each Canadian has the right to effective representation and equal treatment before the law; and our belief that these rights are violated by the first-past-the-post voting system.

In the 2015 federal election 52% of voters cast ballots for candidates that didn’t end up in Parliament. The majority of Canadians are not represented in the House of Commons. 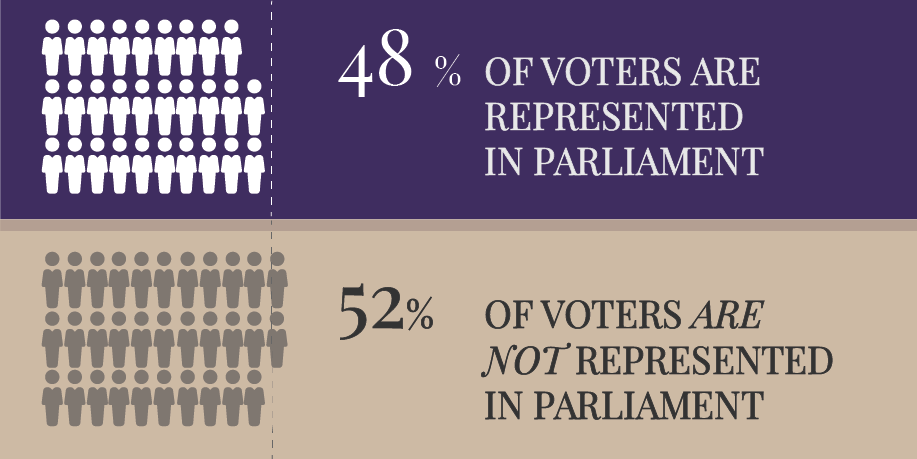 Our request is for the Court to rule that the first-past-the-post voting system fails to honour Canadians’ rights to effective representation and equal treatment before the law. We’ll ask the Court to order the government to develop a system where these rights are protected. We believe that only a system of proportional representation can honour these rights.

Over the next few weeks, we'll be sharing more information about our case, the approach we plan to take, and all that goes into preparing a challenge like this.

PS: You can help move the case forward today by making a contribution towards the legal fees for this case. All donations of $25 or more are tax deductible charitable contributions.